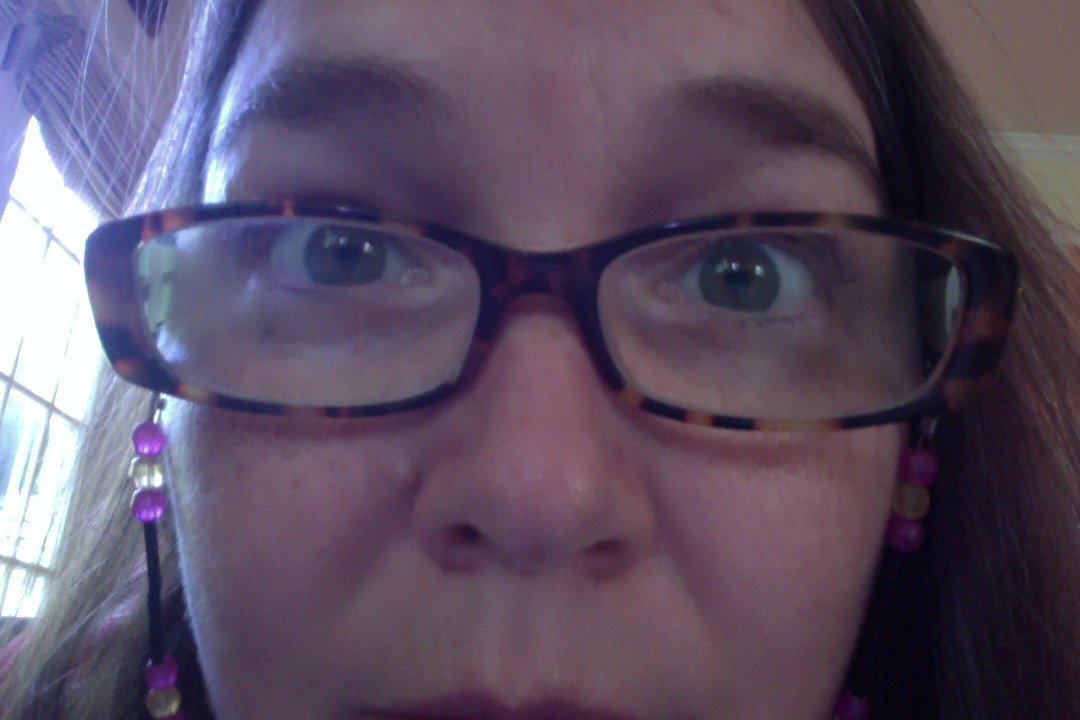 Monday I felt good.  Then it went downhill.

I took two long, slow walks this past Monday – it was the furthest I’d walked in months.  It felt great.

In fact, I felt so good that I forgot to take my 5 p.m. steroid dose until 9 p.m..  It would have kept me up if I’d taken it so late in the day, so I opted to skip it and then email my endocrinologist the following morning for instructions.

My endocrinologist told me I could use this as an opportunity to try tapering down the steroid from 12.5 mg to 10 mg.  I am VERY eager to get off the steroids because I’ve learned the hard way that they can mask infections and fever.  So I decided to taper.

Tuesday I felt worse, which was to be expected. It is hard to reduce steroids and I am learning that each time I do, I will have a couple of hard days.  Tuesday I felt like I was walking under water.

Wednesday was a little better.  But by Friday (yesterday), I was feeling pretty bad again.  And I had a low grade fever.

Wednesday I went to the doctor and found out that I still have a UTI.  This is not good.

The UTI is caused by a bacteria that could either be causing a simple topical infection that many people carry without a problem and is easy to treat OR it could actually be in the urinary tract, which is more complicated and much less typical for this particular bacteria.

We decided to hope for the simple version.  I would try a topical antibiotic and see if it would do the trick.

It didn’t.  By Friday I had a low grade fever and was feeling pretty horrible – and a teeny tiny bit faint.  Normally a fever of 99 wouldn’t bother me, but it sure did this time.  I don’t know if it’s because the steroid is masking my real fever, making it appear lower than it actually is, or if it’s just a post-craniotomy change in my ability to tolerate a fever.  Whichever it is, it’s no fun.

So we called the on-call doctor, who advised me to start taking an oral antibiotic.  I took Tylenol, too, to lower the fever.  And I upped my steroid back to 15 mg, because you are supposed to up your steroid when you have secondary adrenal insufficiency (which I do) and have a fever (which I did).

The good news is that this morning I felt a lot better.  Kind of weak, but definitely out of the “danger zone.”

The bad news is that I must have some kind of infection that I need a systemic antibiotic for. Let’s hope this round of antibiotics finally takes care of it.

I’ve already taken 2.5 weeks of other antibiotics that didn’t.

This past Wednesday, I also had my annual mammogram, and wouldn’t you know…

They found a spot.  They want me to come back this Wednesday, June 1st, for a follow up ultrasound at UVA.

Really?  I have to say, I had some tears on hearing that bit of news.  I mean, come on – I already have brain cancer, for Pete’s sake.  This feels like a bit much.

I guess I will just need to learn to be “muchier” as the Mad Hatter in his latest film incarnation would say.

The good news is that I happen to have an appointment with my midlife doctor this coming Tuesday.

I emailed her to see if she could help me switch my Wednesday, June 1st ultrasound to happen before my appointment with her on Tuesday at 3:20.  She said she’d try, but it’s kind of hard because of the Memorial Day weekend.

But she also looked at the mass on my mammogram and said that the shape of it – oval – was hopeful for being a cyst and not cancer.

I cannot express to you how much hearing that has helped me worry less about what the ultrasound will show.  Not that I’m not still worried.  I’d be lying if I said I wasn’t. I really don’t want to have to deal with two different types of cancer at once.

Still, the doctors have told me it is very rare for the type of brain tumor I have to metastasis, so I am keeping that little bit of information first and foremost in my mind. And my gut tells me that the ultrasound this Wednesday will show it’s just a cyst.

But I’d really appreciate your good thoughts and prayers and support for me, too.

After all, I need to be as “muchy” as possible right now.

I’m praying for you, Fran. Praying for that UTI to find its way to gone, and for that mammogram spot to be just a bit of nothing. Beyond that, I’m praying for calm thoughts for you and yours, and clear heads for those who find your name on their appointment books.

Aw Fran, mammograms give too many false positives. Praying for the infection to clear up soon. Love, V.

We are missing you in Rowlesburg. Get muchier better soon. And I want to tell you not to worry until things are bad, but, who am I to tell you that! I am the muchiest worrier in the World, and, after what you have been through, you are entitled to worry. We continue praying, and loving you and missing you. Hugs and Kisses.

Saying prayers and sending you positive waves, Fran. Love you.

Prayers for you Fran! Your grace is so inspiring… xoxo

Sending many positive thoughts and prayers your way, Fran. Oh … and a joke … to pick up your spirits (but, you’ll have to be the judge of that)
A priest, a rabbi and a minister all walk into a bar … that’s gotta hurt.

Our prayers are with you Fran. ✝

You are in my thoughts and prayers every day!!! Love you so much!

Well if that doesn’t just stink praying that all will be well Keep the faith Fran. Sending you lots of love, hugs, and prayers

Love you Fran – your team is with you.

You’re in my thoughts and prayers, Fran.
Hugs,
-Merrill

I am praying for you, too, Fran, and hoping for all good things!

Thoughts and prayers are with you, Fran.

I like the part where you say “for Pete’s sake,” instead of cussing your head off, Fran. There’s a level of restraint in there that is superhuman, and I am in awe. Here’s hoping for (just) a cyst.

I’m middle grade, not YA – what can I say? (But the police officers did nickname me “potty mouth” when I was a prosecutor. I guess people can change…)