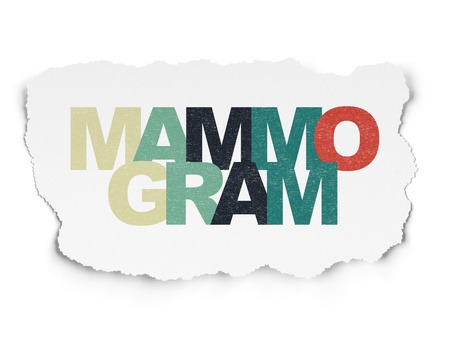 It took a long time, an ultrasound, and another 3D mammogram, but the result was worth it.  Nothing at all to worry about.  Yay!

The good news did take awhile to get to it, though.  Fortunately, my doctor had told me it didn’t seem like anything to worry about so wasn’t too worried as I sat in the waiting room in my UVA-provided, mauve mammogram “outfit.”  Plus, Marshall was out there in the other waiting room, and I knew he’d be with me when the doctor told me the news.  I had every reason to believe it would be fine.

Then the ultrasound began, and I thought about other things for awhile as the doctor searched around with her ultrasound wand and took ultrasound pictures.  Pretty soon I realized that 10 minutes or so had gone by.  I looked up the doctor’s nose, because that’s just the angle you get when you are having a breast ultrasound.  She was murmuring under her breath to the tech who was with us in the room.  She was also frowning.

The time kept passing, and the ultrasound kept ultrasounding, and there was utter silence in the room other than the occasional murmuring of the doctor to the tech.  I became frustrated that couldn’t really catch what, exactly, she was saying.

I still wasn’t too worried, even with the silence and frowns.  It has been weird with me that way during my journey with brain cancer: the really big things (like the cancer itself) I don’t seem to get overly upset about, at least so far.  You either have cancer or you don’t – the “yes” or “no” of it has been very clear in my case.  I can work with clear answers.

What makes me more worried in general are the seemingly littler, but unclear things – like this infection that we weren’t completely sure why it was there or where it was coming from.  It’s unclear.  Unclear bothers me.

Anyway, soon the ultrasound was done and the talking began.  They didn’t see anything, but they wanted me to do another 3 D mammogram to make sure.

“But isn’t seeing nothing a good thing?” I asked.

Yes, it was.  But better to be doubly sure.  I asked a few questions about radiation exposure and cost (because I was certain my insurance company might object since they don’t even want to cover my antibiotic), and after getting some good answers, I decided to do the 3D mammogram.

The tech, Lynnette, did the mammogram pictures.  She could not have been nicer.  We had a fantastic conversation and she was very open and kind.  It is so nice to be able to connect with someone when you are going through this kind of thing.  I am grateful she does the work she does.  The women who go to UVA breast care center are lucky indeed.

After the mammogram was completed, I got changed and waited to be called in.  I wasn’t worried at all because of all I’d learned up until that point and because how great Lynette was.

Finally, the doctor called me in.  I picked up Marshall in the other (read: male) waiting room on the way.  Poor dear.  He was worried.  It had taken a long time and he’d seen many patients arrive, get their tests, and leave in the time I was back getting all of my tests done.

Wait…! So what happened? You left off in the middle! All is well?

Hope you found the rest of it, Lori 🙂