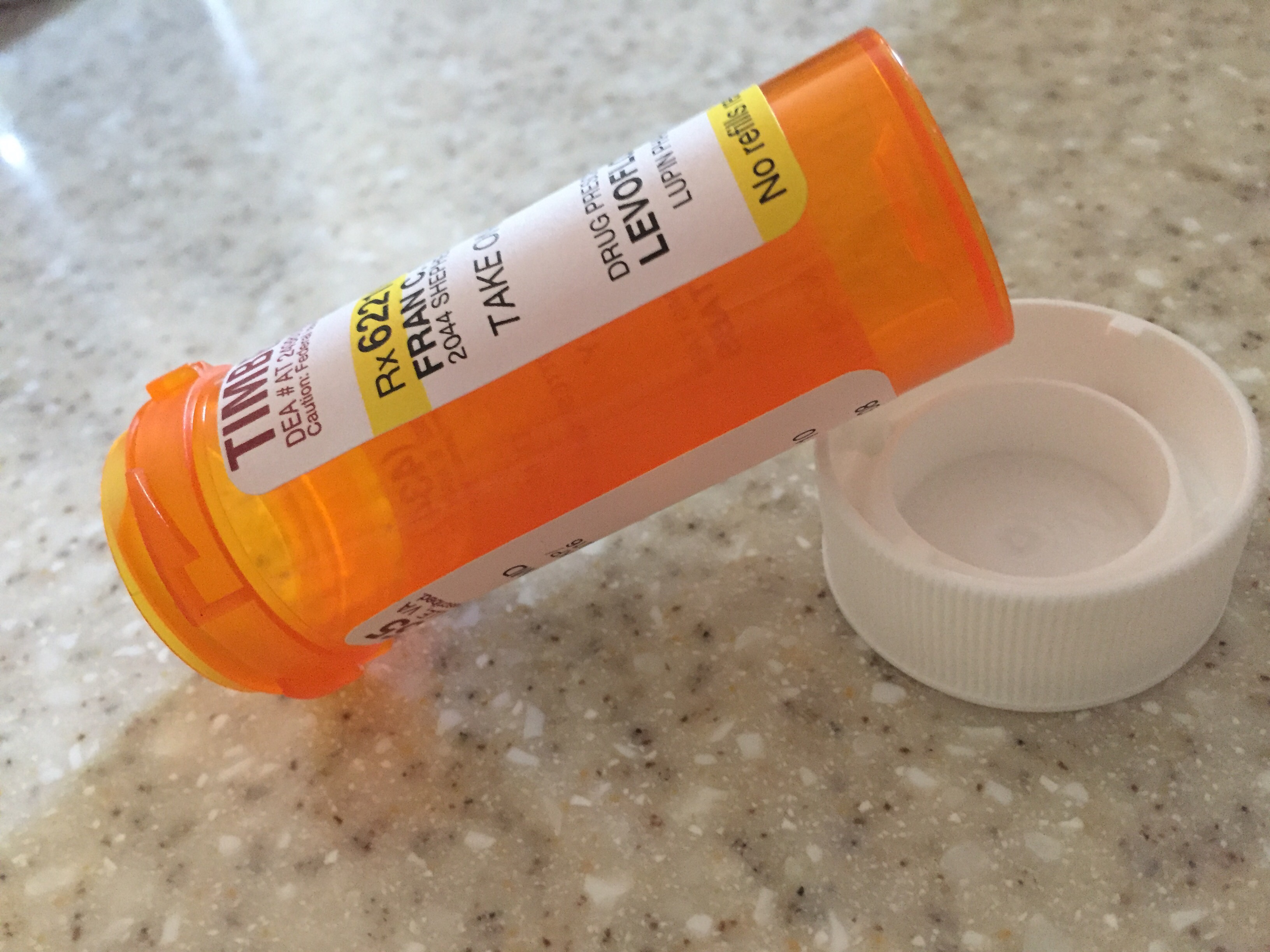 Long story short: Infection is close to being totally clear.

The long story is that over the weekend I kept having a low grade fever up to 99.8, even while taking a very strong antibiotic (Levoquin) and Tylenol.  I felt weak and horrible, and was worried about whether I would have to go to the hospital – fevers, even low ones, seem to make me more susceptible to passing out since my craniotomy.

By Monday, after four days on the antibiotic, I still had this weird low grade temperature, on and off.  And I continued to feel horrible.  After receiving medical advice, I doubled my dose of the antibiotic (note: I would never have done this without first consulting a doctor), and by Tuesday’s doctor’s appointment I did not have a fever and the large number of white blood cells from last Wednesday’s urinalysis were finally gone!  And so was the bacteria that we think was causing the infection.  I still felt weak, but the tests showed things were going in the right direction.  Finally!

My doctor prescribed another week’s worth of the higher dose of Levoquin and ordered a kidney ultrasound for this Thursday, to make sure I don’t have any kidney stones or other kidney weirdness.

This morning, I feel better, but still have a “smidge of temperature” as Zu Zu would say in the movie It’s a Wonderful Life.  99.1.

BUT – my insurance company, Anthem, in its infinite wisdom, does not see fit to pay for the antibiotic that my doctor prescribed.

They say it isn’t “warranted by my diagnosis.”  They want to wait until another culture comes back.  Three positive ones just aren’t enough, I guess.

According to previous urinalysis (urinalyses?) I have probably had a UTI since at least February 9th – four months!  I had to go to the emergency room faint and in tremors before it was “re-discovered” and treated, have felt awful for months, have had a low grade temperature for awhile, cultures up the wazoo (literally), and now finally seem to be getting it on the run after all these months – thanks to the higher dosing of Levoquin …

And insurance says these antibiotics “aren’t warranted by my diagnosis?”

This is a horrible example of how insurance companies can compromise our medical care.  I’m sure they want to limit what they pay for me now – after all, we’ve already paid my yearly deductible so they are getting no more money from me for another six months.  And I know (as do their bean counters) that they paid over $100,000 samolians for my brain surgery.

I get that they don’t want to pay more for me.  But that’s the insurance game that they’re playing – sometimes insurance companies win the bet that they’ll make money off patients’ premiums, and sometimes they lose.

They “lost” on me.  But that doesn’t mean that I am willing to just roll over and let them tell my doctors that I can’t have antibiotics for an infection I’ve been fighting for four months.  No way.

Watch out, Anthem.  I am very unhappy with you and I don’t intend to go down without calling you out on this one.

On my way to the hospital soon for my 1:00 ultrasound to follow up on my mammogram from last week.

My midlife doctor examined me yesterday, and she thinks it’s going to be okay.  I do too.

Fran, I don’t check FB everyday but caught up this AM. In the Marine Corp they call it ” piling on” when so many events stack up. You are doing what facing cancer and its side effects requires, Grace and Valor. Tom and I send our love and support. Jude

Thanks so much, Jude. Yes, “piling on” is the perfect phrase. Hopefully things will calm down from here 🙂

Fran……. You have been on my mind a lot ,I have tried your phone multiple times…. No luck……I think by hearing your voice it allows me to touch you…. And then I did get to talk to Marshall briefly and he said you were resting….as my typing and the ability to completely butcher the English language and computer skills are just terrible the phone was my first choice but putting all that aside…..I wanted you to know you are in my thoughts and prayers as is the rest of the family…. I’ve been reading the blog and I can see for you it is a good way to let everyone know how things are going without having to repeat yourself many times…….it seems I grow old so soon and smart so late….on the uti subject I managed to get one a while back and it was terrible to get rid of…. Seemed like a really long time. We tried every thing a person could try …multiple dr. Visits …. And nothing would knock it down….. Finally got it but it was really nasty…. So with all you have been through to have that…..oh brother….I’m glad at least that is getting better….. Love you to pieces,and thinking and keeping you in my prayers…… Roger

We continue to pray for you Fran ! God Bless You.

Keep good records of communication with Anthem, including phone calls, emails, letters. Oh wait, your husband is a lawyer so you don’t need my advice. Think of you everyday Fran. Your perseverance and courage are amazing.