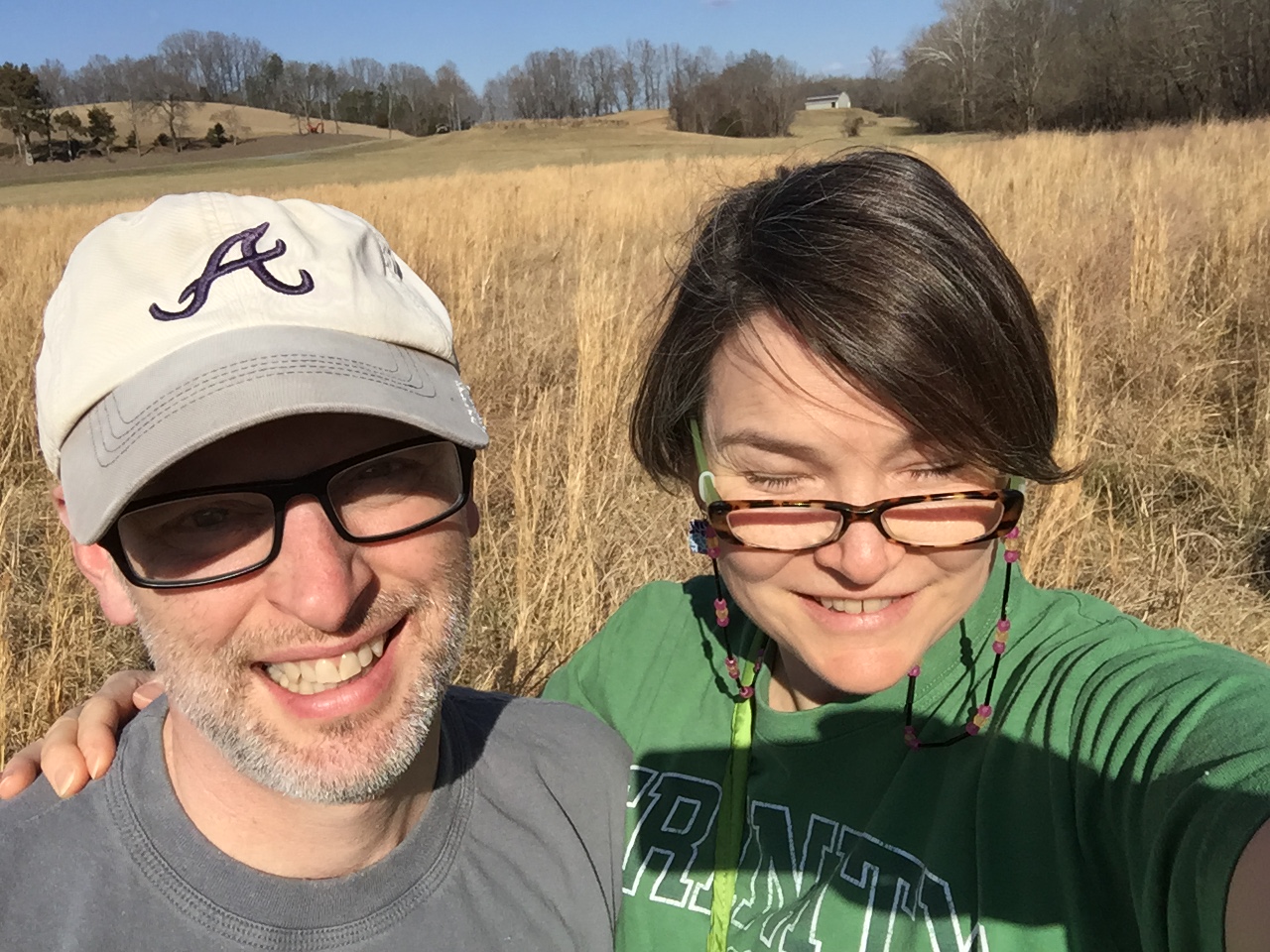 Two weeks ago, a neurologist – an epilepsy specialist – told me she thinks I have epilepsy.

I have to admit, it was a pretty stunning thing to hear. After all, I’ve never lost consciousness due to a seizure, and I have had only one real event that I’d even classify as seizure-like – and that was the night that landed me in the hospital when I was diagnosed with brain cancer.

It would be easy to try to dismiss what the epilepsy doctor told me – after all, the whole reason I went to see her in the first place was to try to get off of my anti-seizure meds, not to be diagnosed with a whole new thing. But even I, medical dismisser of renown that I am, couldn’t dismiss what she said. This doctor was totally great. She was smart, funny, asked me lots of questions, and most of all listened very carefully to what I had to say. The whole appointment was a great example of the collaborative medical model – where the doctor works with the patient to come to a resolution, rather than imposing a unilateral solution on the patient. It was one of the best doctor’s appointments I have ever had.

Other than the diagnosis, that is.

But even the diagnosis wasn’t so bad because it was explained it so well. In fact, I came away thinking that a diagnosis of epilepsy wasn’t really any different from how I’d been thinking about my health circumstances previous to this doctor’s appointment. Before this appointment, I thought of myself as a person who’d had a brain tumor that caused seizures and muscle tightness. This is more of an oncologist’s way of looking at the issue because it starts with the brain tumor as an explanation for the seizures.

My epilepsy doctor explained that she starts at a different place. She looks at me as a person with epilepsy, where the epilepsy is caused by a brain tumor. While the underlying reality is the same, she approaches it from a different starting point – with the seizures, as opposed to the tumor.

It’s funny, but it doesn’t feel so bad when I think about it from the oncologist’s perspective – that my brain tumor caused seizures. How could it not? There was an egg growing in my head.

But it does feel bad when I come at it from the perspective of having a new diagnosis of epilepsy on top of the brain cancer. It just feels like one more thing to deal with in a long year of major things to deal with.  So maybe I just won’t come at it this way.

Like I’ve learned so many times in the past year, perspective is everything. So much of life is in how you see – how you frame – each event.  I’ve made the conscious decision to look at this “new diagnosis” from an oncologist’s perspective – I had a brain tumor which can cause seizures. This feels a whole lot better than thinking of myself as having a “new” diagnosis of epilepsy in addition to the brain tumor.

Two more things the epilepsy specialist said: one is that she thinks the “muscle tightness” that I’ve had for the past 20 years on the right side of my body has probably actually been seizures caused by the epilepsy/tumor. This is yet another different way of thinking about things. I haven’t quite gotten a handle on this perspective yet. It’s kind of a biggie because it reframes a large portion of my life and experience. We’ll have to see where I land with this.

The second thing she said was that I will probably have to stay on anti-seizure medication for the rest of my life. This, quite frankly, is a bummer because the anti-seizure medication I’ve been on since my surgery has a lot of pretty rough side effects – like having very little buffer and very little tolerance for stimuli such as noise and hubbub. Plus, I don’t like the idea of having to be on a brain-affecting medication for the rest of my life. I guess this is yet another thing I might have to learn to let go of.  We shall see.  I’m not giving up yet.  I’m just biding my time. Heh.

The good thing right now is that the doctor said I don’t have to stay on the medication I’ve been on – the dreaded (if life saving) Keppra. There are perhaps 20 other potential anti-seizure medications available and from these she narrowed down three options. We chose one together after talking about all three of them. It will take me four weeks to “ramp up” to the full dosage, and then another two weeks to get off of the Keppra, but hopefully the new medication will not have the ugly side effects of the old.

So that’s the story about me having epilepsy.

Last thing:  This morning, Marshall and I went to see my oncologist to get my latest MRI results.  Great news – no tumor regrowth!  Everything looks stable and good.

Believe it or not, it’s been a year since my surgery, so from now on I will have MRI check ups every four months instead of every three.  I feel like I have graduated – from kindergarten, maybe – but it is just like I remember my kindergarten graduation: pretty dang awesome.  Crayons and paste for everyone!

So, after a year, I just want to say thank you, again, to everyone who has reached out in every way.  Community – not being alone in this –  means more, at every step, than I can adequately express.

I’m learning that cancer – at least the kind of cancer I have – is quite the marathon, quite the Iron Man.  It doesn’t ever go away completely.  Many people feel that cancer is an enemy that must be defeated at all costs.  They frame an encounter with cancer as a battle they must win.

A year into this adventure, I still choose to see my experience with cancer more as a journey I must to complete, a path I must walk.  I want to walk it well and with integrity.  My cancer is not one that generally goes away completely; then I will have it as my companion, even if it is not one I would not have chosen for myself given the choice.  And I will do my best to treat it kindly, even as I have been kindly treated by those who love me, support me, and care for me.

Lump in throat. But, not a sad lump; instead a lump of awe. You are awesome. You are teaching all of us how to live. We walk our own paths, we must chose how to live, and you, my friend, are walking tall. Love you!

Dearest Fran, I don’t know how I missed this post before but I did. You remain in my prayers and want you to be assured that I am holding you close. You provide such wonderful perspectives and your ability to find the positive in every situation is inspirational. Love to you, my friend!

You are amazing Fran. We are blessed to know you.

I struggle, Anna Rose. But the struggle is kind of amazing 🙂

Looking forward to lunch soon, Ricardo. Hugs to you and Zoe and Santiago in the meantime.

Good perspective Fran. We are following your journey with interest and prayer.

Hey, Phil – we’re looking forward to seeing you and Mary and the whole gang in Rburg this spring! Love to all.

Fran, as you said, persoective is everything. From my perspective, you are a blessing inour lives,

Thank you, Herb. You are a rock. And a blessing in our lives, too.

You have a great perspective on your life and diagnoses (yes, plural). You have been in my daily prayers ever since your diagnosis and will continue into the future in perpetuity.

Thank you so much, Rob, for being there for me during this whole journey. I really, really, really appreciate it. You don’t know how much.

Dear Fran: We are so glad that the tumor is not recurring! Thanks be to God! As far as the epilepsy goes, let’s hope that the seizures will be mild, like the ones you mentioned, and controlled by the new medication. I want to think that, if they were caused by the tumor, they may not occur, if the tumor is not there, but that is a very simplistic way of looking at it.
We will continue to keep you in our prayers. Can’t wait to see you and your family. We hope it happens soon.

We are planning on seeing you in Rburg soon. Would you or Cristina want to sing something with Hannah? She’d love it! By the way, I like simplistic ways of looking at things – I think they often make sense (plus, I can understand them!)